The Van Maren Group of Companies is proud to announce our latest project in West Kelowna, BC.

Shelter Bay includes 108 spectacular townhomes on the shores of Okanagan Lake. Three and four-bedroom homes with rooftop decks with views of the lake and downtown Kelowna. The project will included a amenity building for residents that includes a gym, pool and hot tub as well as common beach area with covered pavilion, vollyball and pickle ball courts, and a children's playground. The project is conveniently located within one minute of the Okanagan Lake bridge and 5 minutes to downtown Kelowna.

Construction and pre-sales have begun. For more information please visit the project website at www.shelterbayliving.ca

We are in the planning process to develop Midtown, Chilliwack’s newest mixed-use residential community on the grounds of the former UFV Chilliwack campus on Yale Road. 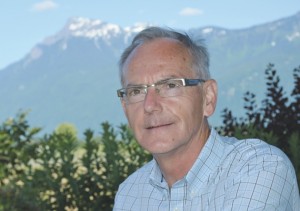 Back to Marketing Basics for Okanagan Developer

With the South Okanagan's busiest tourist months (July - September) upon us, developer Eric Van Maren of The Cottages on Osoyoos Lake has tweaked a simple but effective marketing tool in order to evoke the old Okanagan summer cottage experience for consumers.

This year and last, Van Maren placed the billboard-inspired, 3.5-metre tall beach chairs in 20 areas around the Okanagan and the Lower Mainland. This year, nearly half of Van Maren's registrants say that tool is the reason he caught their attention.

“Last year, almost 46 per cent of our 3,000 registrants of The Cottages came directly from these... beach chairs. This year, with our first phase of development complete, and product available to see and feel, we’re expecting these chairs to be the push to bring in even more interested buyers, especially around the upcoming long weekend."

Van Maren says that approximately 50 per cent of the sales of the Cottages (20 of the 39 sales; there are 285 cottages in total)  to date are the direct result of the interest garnered by his chair billboards.

Ontarian Laura Steele who, with her husband Michael, purchased a cottage at Van Maren's development (they plan to vacation there for the next few years, then retire to the Okanagan), say the chairs are to credit with their purchase. While holidaying in B.C. last year, they spotted the chairs while driving from Vancouver to the Okanagan Falls.

"We kept driving past these eye-catching lawn chairs on the drive to Okanagan Falls from Vancouver and we decided we had to take a quick stop in to check out the site," says Laura Steele. "What was supposed to be a quick visit, ended in us purchasing one of these amazing cottages on one of the warmest lakes and most beautiful settings in B.C." 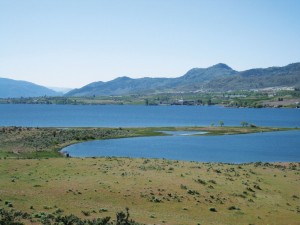